Khim and Shirwin were married in the quiet suburb of Pinelands on the 20th of February 2010 which was officially the hottest wedding day of the season (as the temperature was well over 40 degrees). The ceremony took place amongst rows of pine trees beautifully decorated with hanging lanterns creating a magical atmosphere.

Khim was perfectly on time and walked down the aisle to meet an emotional Shirwin, anxiously waiting for his beautiful bride.  Khim’s father hesitantly “gave” his daughter away, unsure of whether he should, after all the blood, sweat and tears that went into raising her.  Although he knew he couldn’t have wished for a better man.

The wedding was followed by a session of group photo’s after which we proceeded to the Pinelands bowling green for a few shots on the greens. ( These shots were of the photographic kind – thanks to permission from the bowling club, we removed the heels)

Reception began with emotional speeches from Khim’s father and Shirwin’s mother. It was very clear that this couple had both come from very loving families and as the evening progressed and the music started, everyone was having a fantastic time.

Thank you Khim and Shirwin for choosing me to capture your special day. Enjoy the photo’s. 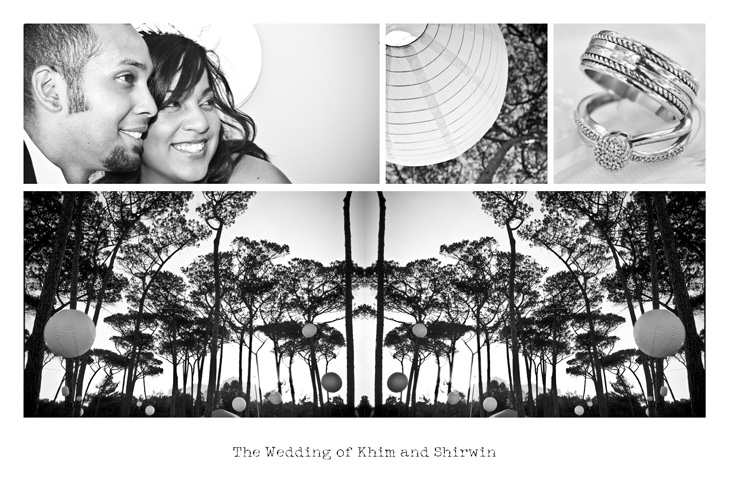